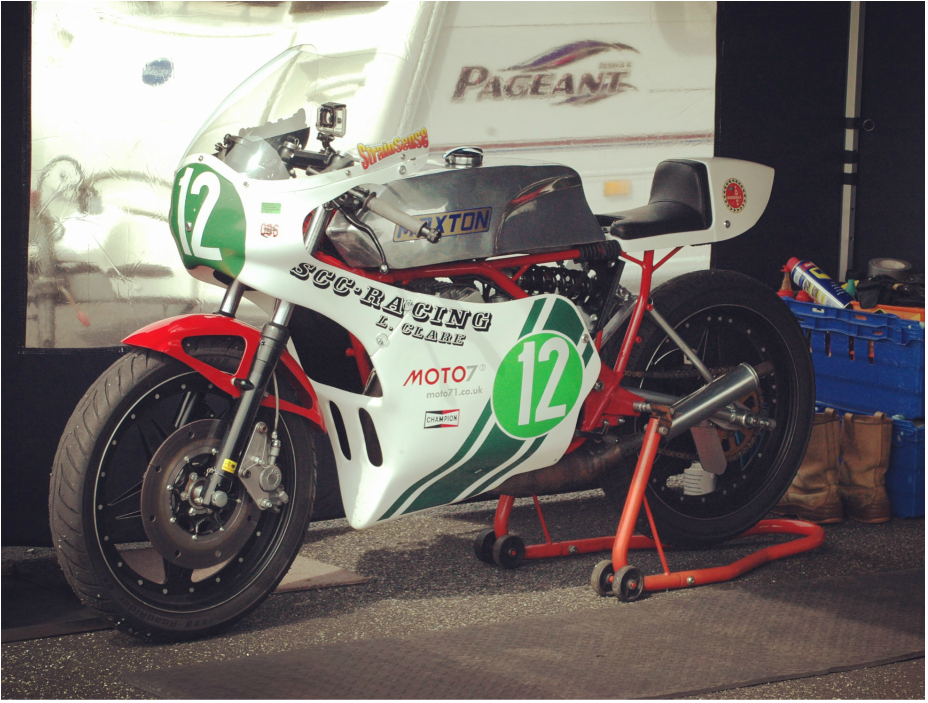 This very tidy looking little bike belongs to racer & race bike builder Colin Western. Colin has very kindly offered it to me to use for 2016 in the 250cc Air-cooled championship, where it is likely to be one of the best bikes - if not the best in the field. He has spent the last 2 years running it in the class himself and has developed it into a very well put together machine in that time. The engine has been tuned by Mick Abbey, and in addition to the very tidy Maxton engineering frame and tank - it has some very nice bits and pieces making up a quick bike that handles very well indeed. I have changed the livery on the new fairing I have fitted to my own version of the original 'Dugdale Motors' design that the bike would have worn in the period - think it looks pretty cool.

Since arranging the terms of sponsorship for me riding the bike this year and then collecting it from Colin, we have done a huge amount of work in a short period of time to make the bike as competitive as it can be for the coming season's championship. We have a full race spec spare engine to match that of the main engine, just in case of many miss-haps at any meetings this season. ​
As you can see from the photo above - we stripped the bike right back (as requested by Colin) and did a thorough check-over and rebuild with a few little mods along the way...​
All the above are really minor tweaks to an already very well put together bike. Colin and I agreed this stuff needed to be done so a list was drawn up, and all mods carried out as part of the deal for me to take the bike for the season. I promised Colin he would get the bike back in better nick that he gave it to me and so far so good - now I just need to try and win some races on it for him and keep it up together as the season progresses. Below is a collection of photo's of the work list above being done. 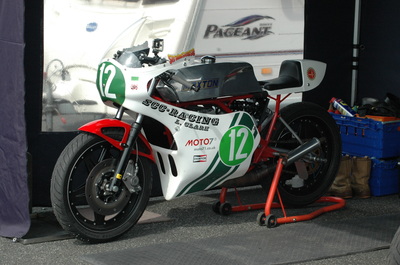 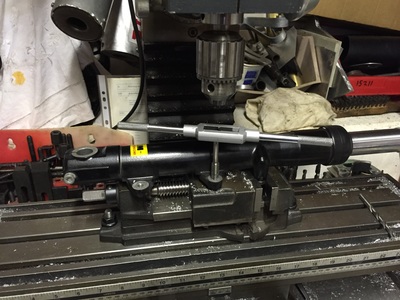 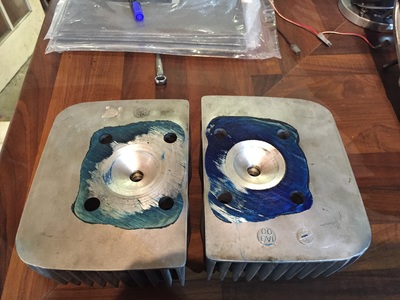 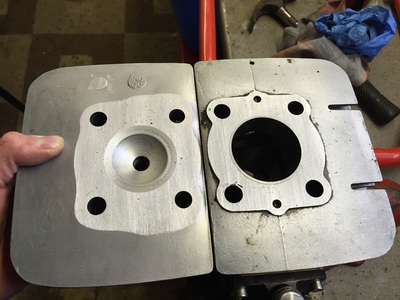 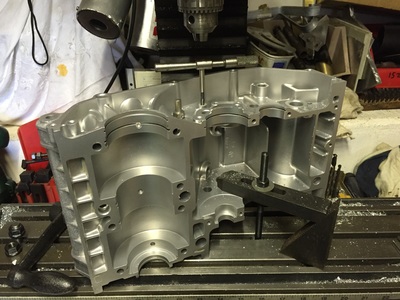 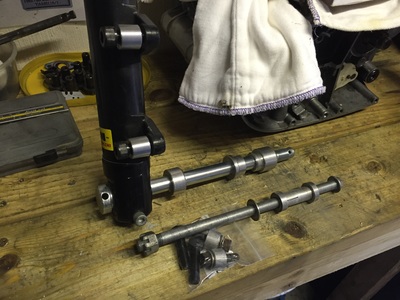 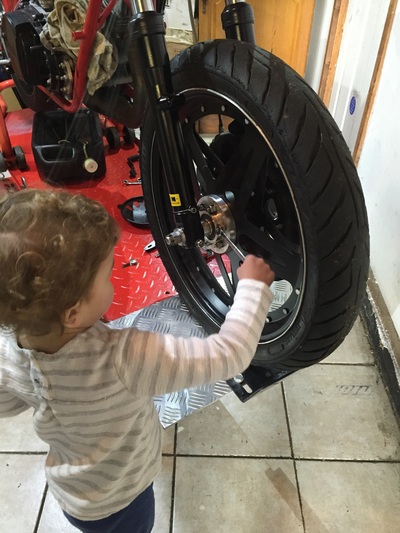 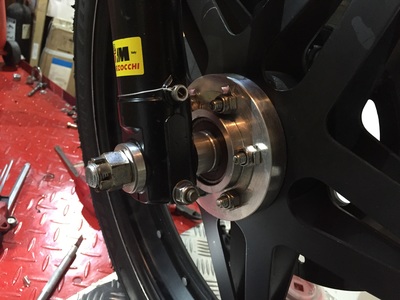 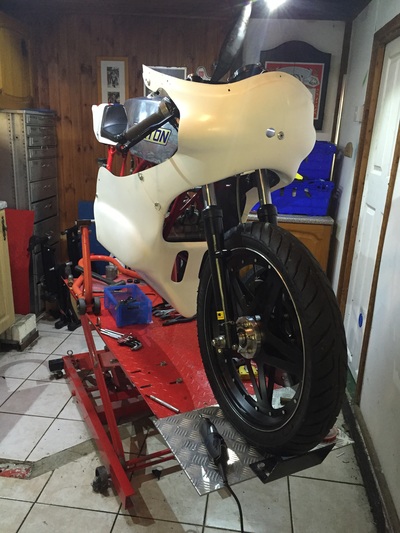 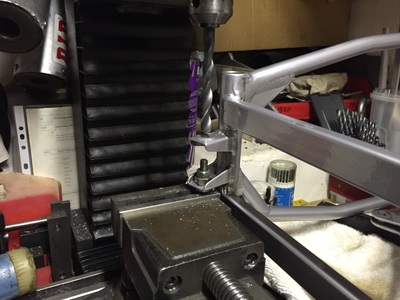 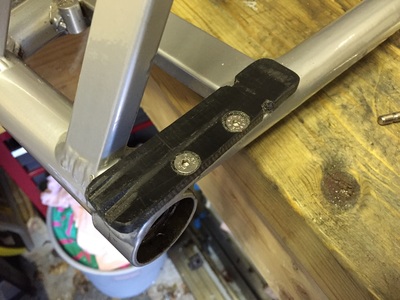 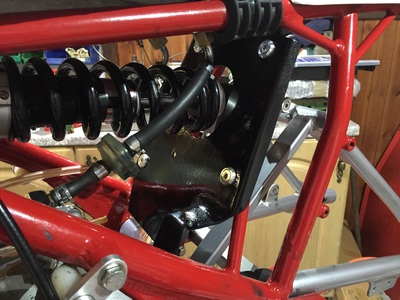 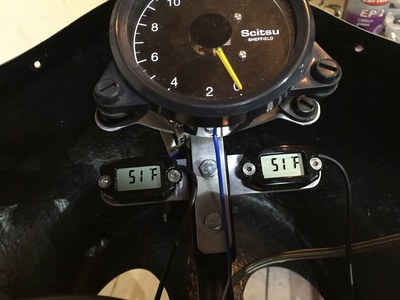 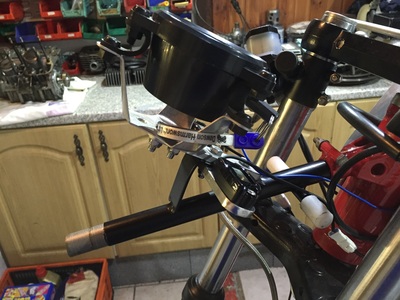 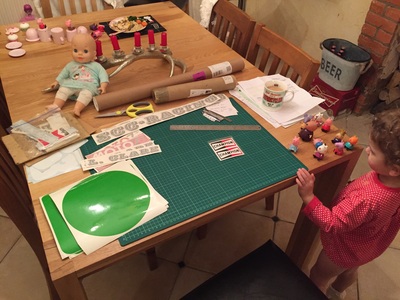 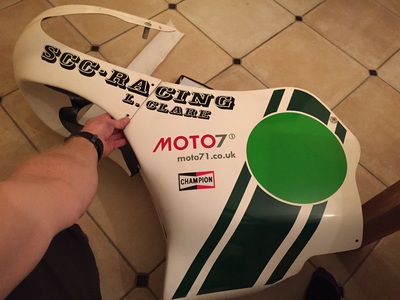 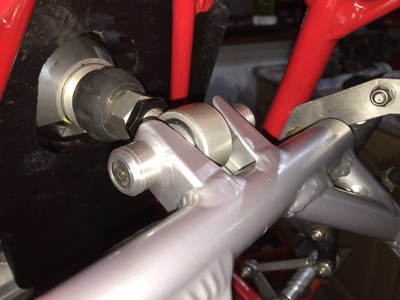 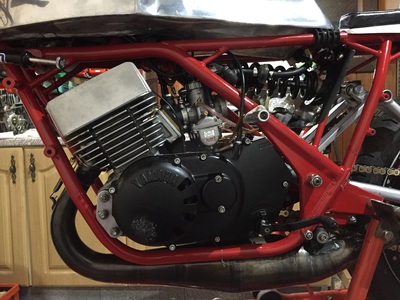 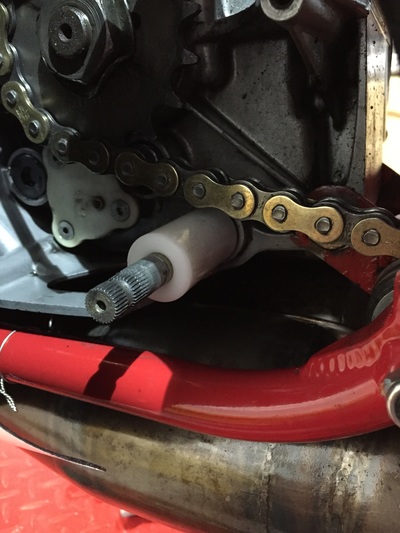 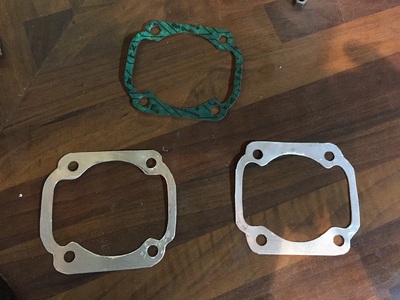 As can be seen from the photo's above, a fair amount of man hours have gone into making this bike as good as it can be for the 2016 season. Refitting the shock absorber with a proper pin mount and changing the wheel spindle where bigger jobs that needed to be done, the work put into the fairing and colour scheme is just for the grin factor when the bike is sat in the paddock/out on circuit looking very pretty. And clearly I have a budding new mechanic on board who will be learning her way round a motorbike over the next 10 years I'm sure..!

Below is a short video of the Maxton running for the first time post rebuild over the winter, very exciting;